Last week we carried out a Potain HDT80 dismantle in Somerset, completing a hire period of 18 weeks before moving on to another project in Surrey. The Potain HDT80 Self Erecting Tower Crane was placed on site with a jib length of 31m and provided a loading capacity of 2.75 tonnes at jib length and 2.25 tonnes when folded. The height under hook, at jib end, for the project was 24.9m.

The music performance centre, Cedars Hall, includes a 350-seat recital hall/auditorium, an up-to-date recording studio and rehearsal rooms. Construction on the project began in February 2015 and the Potain HDT80 from Mantis Cranes was on site from August 2015. 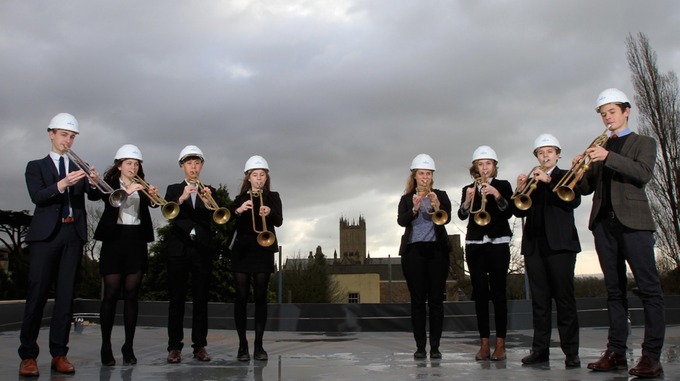 The below video, produced for the main developer on the construction project, shows a walk through of the site in question.